Should we ditch GDP?

Last week I began reading an article titled “Moving beyond GDP is key to tackling the economic crises we face”. This article stood out to me because it looked at the challenges that we face in a technologically advancing society. It is interesting to look at the ways in which our society could change and develop to encompass its new way of working and living. That’s not to say that GDP is outdated but it’s important to constantly assess our environments to ensure growth and prosperity.

In 1968, Robert Kennedy spoke about the limitations of gross domestic product (GDP) and how it ‘measures neither our wit nor our courage, neither our wisdom nor our learning, neither our compassion nor our devotion to our country, he said. ‘It measures everything in short, except that which makes life worthwhile.’ The prosperity of a nation, he believed, would not be sustained through GDP. Over 50 years have passed since he first spoke about these limitations. Have we reached the peak of GDP, and are our economies now classed as stagnant?

GDP is the primary global measure of progress. As nations, we assess the GDP to determine economic success or help to produce government policy. So many have argued against it, yet it is still dominant. However, in light of new economic disasters, people are beginning to give GDP another re-think. How can we define progress through a means which doesn’t account for climate change, unemployment, inequality and soaring energy costs?

GDP measures the size of an economy it is ‘the total monetary or market value of all the finished goods and services produced within a country’s borders in a specific time period.’ The United Nations has used GDP as a measure to help to organise the national accounts since 1953, it was, developed during the second world war to work out which countries could help with the war effort.

At the moment, measuring the success of a country in GDP and economic affluence, we aren’t taking into account other aspects of success, such as the quality of life in a country. If a country is full of war, pollution, deforestation and wildfires but has a high GDP, does this count as economic success? By the current rating status, it does.

We also have unrepresented groups of unpaid workers, carers and community work. There is also no mention of biodiversity and natural resources, which have become a growing concern over the past 5 years or so. Data is not valued and nor are digital services. GDP is missing out on a lot of key points which represent the growth of a society. The GDP is the overall growth, it’s not, however, representative of the poorest or the most financially regular people. GDP is no longer the be-all and end-all of politics, with the natural world becoming a far more pressing matter. GDP also doesn’t assess the technological development of a society and its transformational impact.

In short, yes. It is a sophisticated system that helps governments to analyse national accounts with ease and convenience and compare themselves to other nations. It can measure production output, consumption expenditure and income all at once. It contains a single figure which encompasses its complicated framework and can be used as a directly comparable figure year on year. It bases its premise on the idea that the more economic activity, the better the life the people within the economy are leading. Many argue that there is a “path dependence” whereby society must be led down the fierce path of economic growth. To change this outlook would be like trying to stop Britons from cueing at a bus stop.

A Very Brief History of Economics

Economics and economies grew from society’s need to plan for the future whilst accounting for the resources that were, imported, exported and exchanged. Over time this matured into a global tangle of complex models and maths linked to ethics and moral philosophy. A once innocent theory that one man’s wealth brings ‘social and economic stability and prosperity for all.‘ has blown into a knot of political and ethical debates regarding the quality of life within our material world. Societies are now wealthier and trade is far more complex. The theory is now hard maths, stats and modelling.

A Short History of GDP

Measuring “the economy” has only come to fruition since the 20th century. Statisticians and economists such as Colin Clark and Simon Kuznets tried to understand the impact of the financial crash and depression at the beginning of the 20th century.

Kuznets created a theory described as a curve, which depicts the relationship between GDP and income inequality. At a closer look, his findings also dive into the environmental emissions produced at the early stages of economic growth and how that correlates to income inequality. Kuznets believed it was imperative to devise a measure of economic welfare rather than just economic activity.

The second world war came and overtook Kunet’s ideas. Gross National Product (GNP) was devised, and this later turned into GDP. GNP was put into print in John Maynard Keynes’s pamphlet How to Pay For War. This pamphlet began as a couple of long essays for The Times and then was turned into a longer publication to help cement the ideas of measuring productivity capacity whilst also ensuring that there is enough capacity to support the military.

Post-War American and British economists generated statistical definitions through the UN, agreeing and formalising a system of national accounts (SNA),  these are still in place today. Before the 1940s there has been debate on the inadequacies of both SNA and GDP. For example in 1934 Margret Reid published a book called Economics of household production, this book highlights the need to include housework as an act of economically useful activity.

It has been largely debated as to if unpaid work should be included in GDP. Arguments for inclusion include gender equality, cultural adjustment and growth. Phyllis Deane argues that “including unpaid labour in GDP accounts for the tremendous economic value of tasks such as gathering wood and cooking at home. For example, cooking food prevents starvation, nourishes those who go to work or school, and can allow a household’s breadwinner to earn more income.” Whereas arguments against include, the likes of housework not being real work, but also “mathematical challenges or logistical difficulties of including unpaid labour into a measure of GDP.”

In 2000, a few countries including the UK started to create The Household Satellite Account (HHSA). HHSA is a measure of unpaid production within the home. “The HHSA measures the value of adult and child care, household housing services, nutrition, clothing and laundry, transport and volunteering.” By omitting unpaid work lower-income countries had a lower GDP. In the UK between the 1960s and 1980s, the growth was overstated due to being unrepresentative of the whole society, as now many more women were in paid work their contribution was now being added to the GDP where previously was invisible. 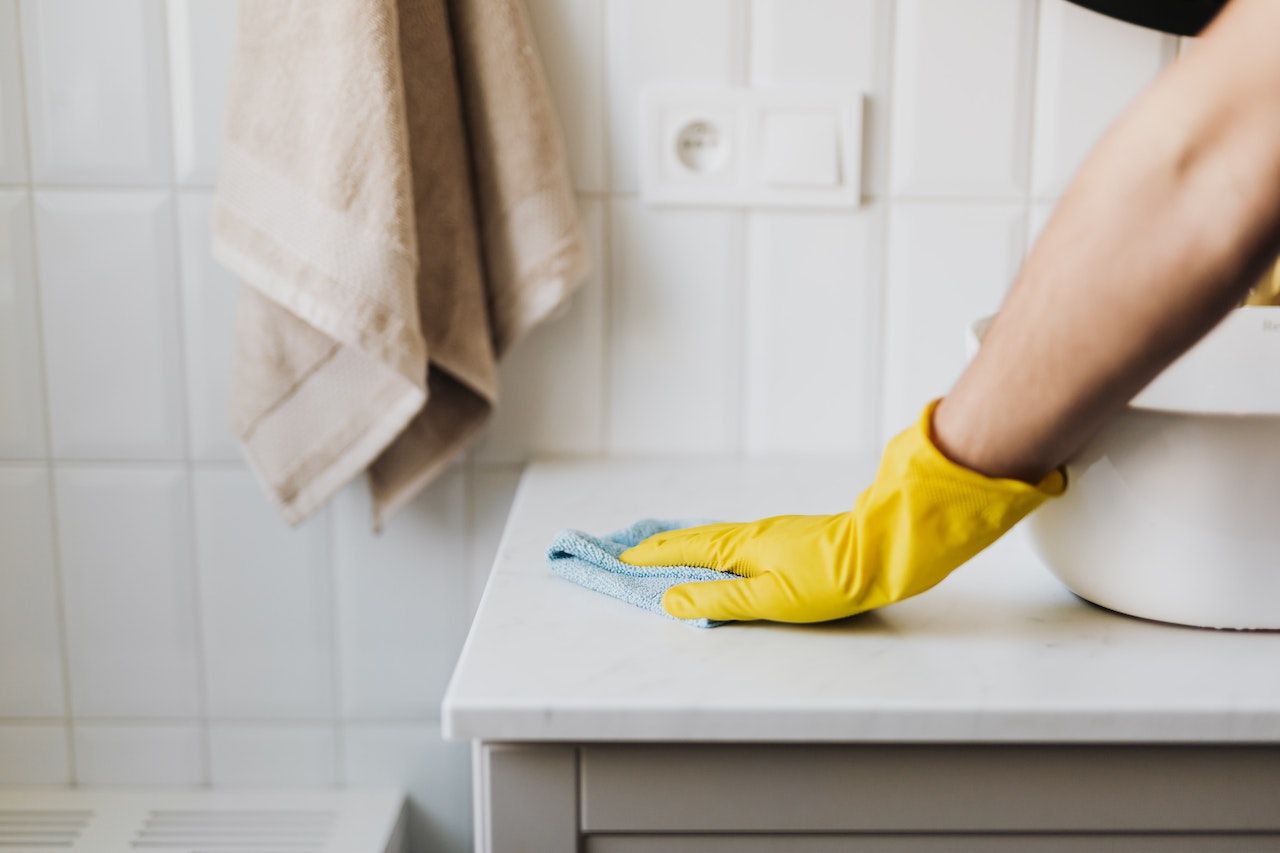 GDP doesn’t take into account the depletion of natural resources and its effect on our society. It ignores the social cost of pollution and how greenhouse gasses can affect an economic climate. The growth of these resources initially grows the GDP but once the resources are used up there is a depletion in short-term gain.

There has recently been a progression in bringing nature into the forefront of the argument with national publications such as The System of Environmental-Economic Accounting (SEEA) “The SEEA is a statistical system that brings together economic and environmental information into a common framework to measure the condition of the environment, the contribution of the environment to the economy and the impact of the economy on the environment. The SEEA contains an internationally agreed set of standard concepts, definitions, classifications, accounting rules and tables to produce internationally comparable statistics.” The UK has trailblazed this area with the US more recently following suit.

The economy going digital has thrown a spanner into the, carefully constructed, works. This has made GDP failings appear far more prominent in day-to-day assessments. Businesses now operate in alternative manners to pre-technological businesses, which hasn’t been made apparent in the new statistics. With advancing services and innovation in the digital sector, we now have “free” public services which have helped to promote societal growth and advancement. However, this growth is hard to insert into the overall observations of GDP due to the new digital format not fitting the frame. How can we set a value on to that data and what value does data have to our society?

In the UK between 2010 and 2017 data usage grew by nearly 2,300%, however, the “industry experienced one of the slowest rates of recorded productivity growth.” Since 2010 the sector has experienced an output growth of anywhere between 0% to 90% this is price-index dependent, along with being an inflation-adjusted value. Once again, this has made it even harder to incorporate data growth into the GDP. Furthermore, the rise of cryptocurrencies and NFTs makes it even harder to measure growth through the GDP framework.

GDP makes it hard to determine how the wealth of an economy is being spread. We can’t decipher if the 0.001% are becoming exponentially wealthier or if it is the society as a whole that is growing. There have been growing trends within this energy crisis that show families unable to afford food or heating whilst a smaller margin of people are getting wealthier from this crisis.

The main problem with boycotting GDP is that we have no alternative. There have been variations and side project developments but none of them can stand up to the global economic framework. There may be a vast range of information found through these variations but none gives a clear single indication as GDP does.

Statistical measurement is comparable to that of weight and length, we aren’t going to go and change the meter back to a furlong or change road signs and the highway code. Whilst lots of people would like to transition into a new format away from GDP it is going to take time to work out what exactly that will be. We must find a definite way of assessing progress to help governments to understand and assess changes that need to be put into place within our economy.

As a society, it is paramount to determine if we are moving in the right direction and by having a comparable figure we can clearly outline goals and aspirations. It is important that rather than just looking at the figure we look at the social structures of well-being and inclusive wealth to ensure the country as a whole is growing. If a new framework is explored we will need to consider how we can make it fit within all societies to measure the extent of global growth.

NFT Textbooks – The Future of Learning in the Digitial Age?

Should we ditch GDP?

The UK is open for crypto business